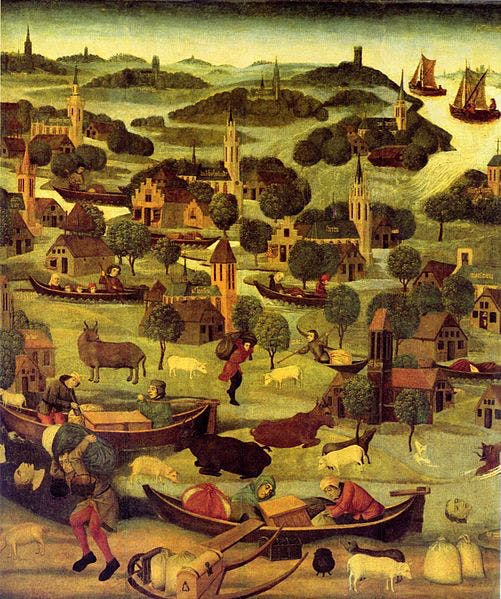 Today in 1421, the St. Elisabeth’s day floods killed 2,000-10,000 people and wiped up to 72 villages off the map. The wall of dikes that protected the reclaimed land from the sea had already been weakened by previous flooding. A storm in the North Sea caused a storm surge that broke through the banks in South Hollands.

The towns of of Dordrecht and Geertruidenberg, on opposing sides of an ongoing civil war, were separated by the flood. The Biesbosch remains flooded to this day, one of the last freshwater tidal lands in Europe.