Guteneberg Is Such an Also-Ran 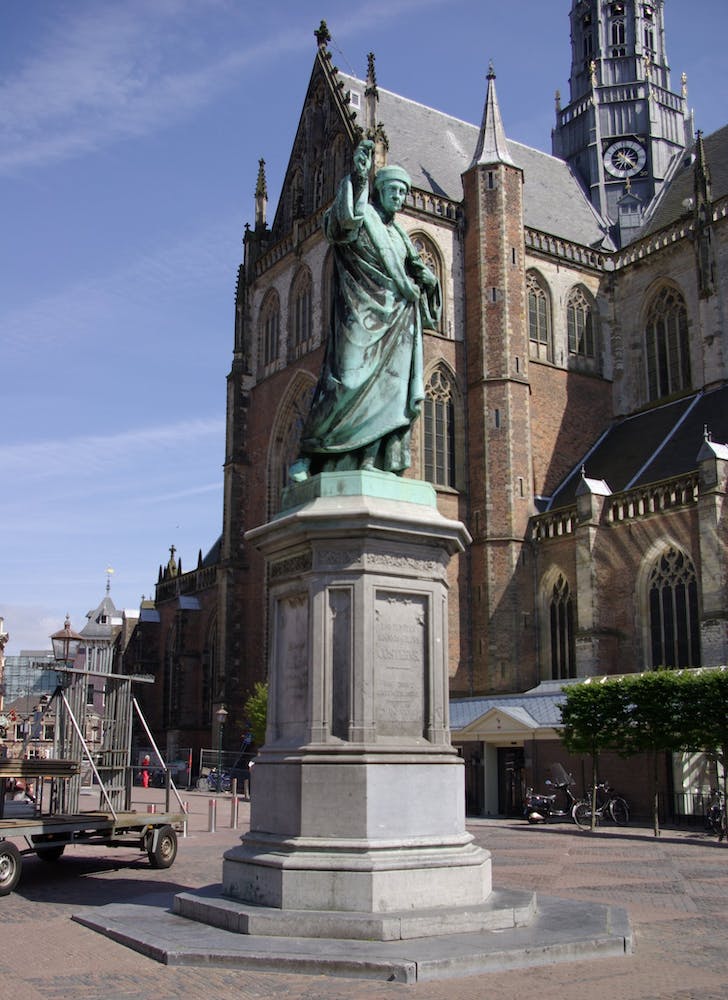 Today in 1455, a printed bible was published by Gutenberg. Or, as the Dutch call him, the German guy who was beat out by a Haarlemmer. Laurens Janszoon Coster was a sexton and assessor who lived in Haarlem from about 1370 to about 1440. He is reported to have invented a printing system in the mid 1420s, first using wood blocks and then switching to lead and tin. It’s said he used the press to print Latin grammar books and books of theology. To this day Haarlem’s central plaza, in front of the great church, is adorned with a statue to Laurens Janszoon Coster.

This blog should end with a disclaimer that these reports are all from the following century and no book printed by Coster survives. There could even be a pithy last sentence remarking that history belongs not to the explorers, but the ones who report their discovery far and wide. However, your blog author has been totally sidetracked by a subplot.

One of Coster’s printing assistants, a man called Faust, broke his vow of secrecy and ran off to Mainz to start his own printing company. What if this Faust is the same con-artist who inspired Marlowe and Goethe to write of a man who sold his soul to the devil in exchange for knowledge. And its real-life basis was his betrayal of his boss and friend to start his own press?