Agnostic But Looking to Hedge, answered by Walatta Petros 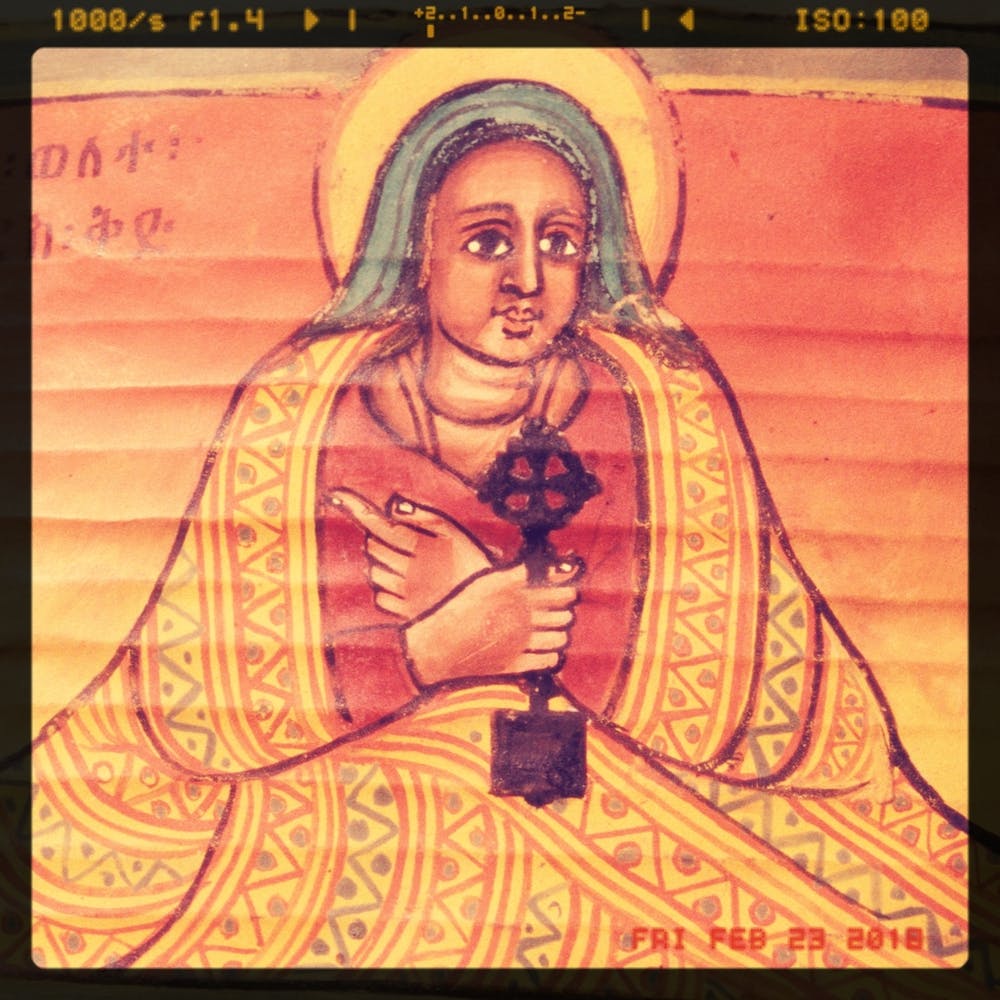 I don’t believe in God, but want to make sure–in case I am wrong–that I do end up in heaven and not hell. Aside from unwillingly or half-assedly practicing religious beliefs, what do you suggest I do?

Agnostic But Looking to Hedge

Dear Agnostic But Looking to Hedge,

My friend, I am sorry to say this to you, but you cannot hedge your beliefs any more than you can become a little bit pregnant. Faith is something that you do, every day, but it is also something that lives within you. Each person alone must carry the weight of their own belief.

True belief is not casual, whether belief in God or His absence. It takes enormous strength of will to look directly into the darkness and know that only chaos lies in the abyss. But we must find our beliefs in the spring, so we can be rooted in them to face the floods and storms that are woven into the fabric of human life.

I grew up knowing the Face of God in the Täwaḥədo Church. When the Roman rite besieged the land, I held to that Face. The sacrifices I made for faith were returned to me in the form of strength to outlast the king who came against me. He threatened and exiled me, but I built communities of God wherever I went. In the end, the king repealed the law outlawing my faith and his son supported me as I built more communities in the church.

It seems so clear looking back, but there were many times when I was bereft or terrified. Before I was twenty, Christ had called all three of my infant children to his embrace. When I left my husband for supporting the king’s new Roman faith, he burned the town down around me to force me to return. When I was called before the king for preaching for our land’s native Christian faith, he could have killed me. He exiled me to the desert lands in the hope that the sun would do what he could not. Through all this loss and rebuilding there were times when all I had was my faith.

You cannot hedge your faith against the hereafter, so you should be certain of your belief in the here-and-now. Whatever faith you find you carry inside you, even if it truly is faith in absence, make sure your every action is guided by your faith. If there is nothing after this life, make each day you are allotted full of meaning. If there is no justice in Heaven, strive to build it on earth.

Most of all, build a home from your faith, so you can face down loss from a place of safety and strength.

Born around 1592 to a noble family, likely in southern Abyssinia. Died after three months of illness in 1642 and was buried in the monastery on Rema Island in Lake Tana, where she had founded several communities. Saint Walatta Petros is the subject of the earliest known biography of an African woman and one of only six female Ethiopian saints to be the subject of a hagiography. She spent her life resisting the attempts of Portuguese missionaries to convert the Ethiopian Empire from its Orthodox Christian faith to Roman Catholicism. As she had once seen in a vision, she established seven religious communities and by the time she died, the Ethiopian Empire had turned back to its traditional Orthodox faith.

Her biography was only recently translated into English by Wendy Laura Belcher and Michael Kleiner.