Ready to Give Up, answered by the 99-day Empress 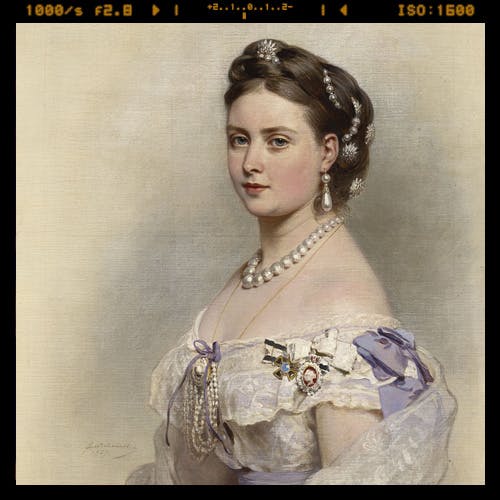 What’s the point of being a good person? I see so many people doing whatever they want and taking whatever they can get and having a great life because of it. On a political level, I see people lying with impunity while they’re cheered by the very people they’re stealing from. My industry seems to treat sociopathy as a requirement for advancement. Dating feels like that path in Indiana Jones where you had to interpret arcane clues to avoid deadly traps. It feels like people will do or say anything to get laid. And why shouldn’t they, if there are no consequences? Why shouldn’t I just do whatever it takes to get what I want? Do ruthless, selfish people ever face justice? Or is it true that the world belongs to those who take it?

Ready to Give Up

Dear Ready to Give Up,

I will set myself to answering your question if you will agree to allow me to dismantle it afterwards. Do the ruthless face justice? It is a question I had many an occasion to ask throughout my life, as I was vilified by men who wanted Prussia to belong to its military, not its people. I continued to fight and pray for a Germany united by Prussia as a shining example of equality, not military might. I was made a stalking-horse, used to belittle my own cause. Despite the clear desire of the people to be made part of their government, the elite decried liberalism as “English degeneracy” because of my support of it.

I was lucky to have a refuge in my marriage. We protected each other from the snubs and slights of the Emperor, his father, and prepared for the day we would finally lead our homeland. Prussia had become my home, you see. My enemies said my desire for change was proof I wasn’t a real Prussian. I said my wish to make Prussia into her best incarnation was proof that I was her true daughter.

I had spent so long with my family as my stronghold, I was unprepared for an attack from within. The Iron Chancellor, the man who’d whispered and maneuvered against me, finally managed to take my son. My Wilhelm loved me once. I had letters of his devotion. It was Bismarck who played on his desperate desire to prove himself. Like a snake, he wrapped himself around my son’s neck and dripped poison in his ear. He strangled the love of my son and turned it to venom. With each cruelty from my son, I wondered if Bismarck would ever pay for the wounds he’d inflicted.

My beloved husband died after less than 100 days as Kaiser. One of my son’s first acts in power was to send soldiers to raid our home. In despair and grief, I retired from court. Not two years later, Bismarck was at my door.

Imagine my feelings at the sight of the kneeling man who had destroyed my relationship with my son, who had humiliated me, and made a wreck of the egalitarian hopes of my husband and father. Imagine my shock at hearing his request. He begged me to intercede with my son on his behalf. I could have pitied him, had he not hurt so many. Not for the begging, of course. He deserved more humiliation than the world holds. But it should me how little he understood of love and human connection. Had he understood how precious the love of a child is, he could never have asked anything of the parent he’d robbed.

I told him that even had I wanted to help, he himself had removed my means of doing so. Bismarck died out of power and disillusioned. Wilhelm remained in power and the volatility and viciousness Bismarck fostered in him set the course for the senseless death of millions.

Fortune does turn, but time is long and its path changes slowly. The cruel and ruthless eventually fall from their summit, but that does not undo the damage they have done while upon it. There is no point to wasting your energy on wishing for a fall. Even if you see it, it will be a bitter victory at best.

But I do not believe that means we should abandon ourselves to our own wishes. That is the error of your question. We act in kindness not for fear of consequence, but in hope of connection. We human beings are each other’s only tethers. When we stop seeing ourselves in others, when we stop acting for the good of all the Lord has placed within our sphere, we do ourselves the most desperate injustice. We cut ourselves off, not only from Grace but from each other. We imprison ourselves in our own weathering bodies and our spirits rot forgotten.

So protect yourself from the wolves around you and seek to protect others. Do not become a predator yourself, not for fear of the inevitable fall, but in hope of the inestimable joy to be found only in others.

Born 21 November, 1840 at Buckingham Palace as the first child of Queen Victoria and Prince Albert of Great Britain. Died 5 August, 1901 at Schloss Friedrichshof of inoperable breast cancer. Princess Royal Victoria married into the royal house of Prussia, sharing with her German father and new husband an earnest wish to unite the German states as a liberal democracy under Prussia. The militaristic Prussian court did not believe women should be politically active, so she was under constant suspicion and disapproval, which culminated in the breach with her eldest son. After Victoria’s death, Kaiser Wilhelm’s bellicose foreign policy paved the way for World War One, while his poor management led even the most ardent royalists to insist on his abdication at the end of the war.