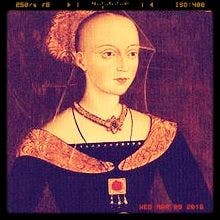 I’m 27, and I really want to get married. I’ve wanted to get married since I was a little girl. My boyfriend and I have been together for 3 years, but he isn’t sure he wants to “put a ring on it”. I love him dearly, and I know he loves me, he’s just not sure. He comes from a broken home, and I think that really affected him. I just don’t know what to do. Our relationship is great other than this one thing. What should I do?

I see two challenges in front of you, neither of them easy, but both of them necessary. The first is to figure out what you want, independent of your boyfriend. Do you want marriage more than your current relationship? Do you want children? Is there a time by which you want to have one or both? Most importantly, do you want this more than you want your boyfriend? How would you feel about your life if in fifteen or twenty years, you had the best iteration of your current relationship, but no marriage or children? There are no right answer to these questions, only your answers.

I wanted Edward the second I saw him, wanted him with a hunger the took my breath away, wanted him so badly I had to restrain each individual cell in my body from jumping on him right then and there in front of his men. There was only one thing in the world I wanted more than him, but that was my honor. In my time, a woman who slept with a man that wasn’t her husband was dishonored beyond measure, even by her lover.

The (mostly) men who study English history love to say that I issued an ultimatum, just like the one Ann Boleyn would issue to my grandson: I will sleep with you only if you make me queen. As if our men weren’t desirable without a crown or as if a woman’s chastity wasn’t constantly praised beyond all other virtues. An ultimatum, such as ‘marry me or I’m breaking up with you’ is a foolish, clumsy attempt at manipulation that does long term damage, even if it gives you short term gain. However, you must speak your spirit’s truth if it in fact is: “I need to have a family, not now but by this certain year. I love you and I will always miss you, but if you don’t want to have a family with me, I will have to find someone who does.”

I don’t counsel this lightly. I lost the father of my children twice, the man I thought I would spend old age with – twice! I have lost children, brothers, mother and father. I know the pain of parting and would not wish it on anyone. But I also know the slow corrosion of being unable to pursue your spirit’s desires. If you truly believe he is unsure now, set a time in a few months to check in again and do it. You can forgive a loved one for fear of commitment, fear of missing out, fear of losing his identity, but forgiveness does not mean subsuming yourself. Continue to check in with yourself before you check in with him and know that when your need for marriage or family or future planning outweighs your need to stay with him, it’s time to leave.

Born around 1437 on the rural estate of Grafton, the first child of her parent’s scandalous secret marriage.  Died in seclusion at Bermondsey Abbey in 1492 and was buried next to Edward IV in a simple ceremony.  When her husband was killed in the Wars of the Roses, Elizabeth petitioned the newly crowned Edward IV for her widow’s portion.  They married in secret shortly after.  Elizabeth spent her life fighting for her kin, but was unable to protect her sons from Shakespeare’s hunchbacked monster, Richard III.  Her intrigues supported Henry Tudor as he lead a rebellion against Richard III and married Elizabeth’s daughter to end the Wars of the Roses.

TO HEAR MORE ABOUT HISTORICAL ELIZABETH WOODVILLE, CHECK OUT THE HISTORY OF ENGLAND.

TO READ MORE ABOUT THE CHARACTER ELIZABETH, CHECK OUT MARGARET I.