Prisoner of the War Between the Sexes (p.2), answered by Uesugi Kenshin 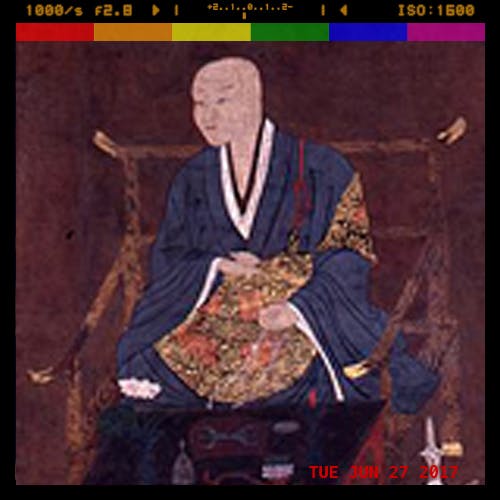 I don’t know how to trust men. There just seems to be so much viciousness and violence online and IRL. Dates and friendships just feel like they’re trying to put in enough niceness so I put out and they can bail. Every girl I know has a rule about how long you need to wait to hook up with someone you’re into, every guy I know has a rule about how long they’re willing to wait, and no one has the same rule! Don’t even get me started on dating apps. Even on Bumble or Hinge, a dick pic or a dick move is just a message away.

Reading and talking about stuff makes me feel less alone, but also totally overwhelmed. Like it was comforting to hear that a lot of women get catcalled and think it’s creepy. It’s something that happens when you’re alone and we never used to talk about it. Once I heard about mansplaining, though, I just started to see it everywhere. I’m in my first job and I’m convinced that the male assistant is getting paid more than I am, but I don’t know why. So many guys I know try to get attention online, but whenever I post something clever, I’m terrified that I’m about to get deluged with rape threats and a swat team called to my house.

I want so badly to be in love and I’m not even a little bit attracted to women. But I don’t know how I can build a relationship when I feel dehumanized on every date. How can I possibly trust a man when so much is telling me to be afraid?

Prisoner of the War Between the Sexes

Fate is in heaven, armor is on the chest, accomplishment is in the feet; always fight with your opponent in the palm of your hand, and you won’t get wounded. If you fight willing to die, you’ll survive; if you fight trying to survive, you’ll die. If you think you’ll never go home again, you will; if you hope to make it back, you won’t. While it is not incorrect to consider the world uncertain, as a warrior one should not think of it as uncertain but as totally certain.

All suffering comes from desire, the desire to hold onto joy and to avoid pain. I learned this in the monastery my grandfather founded, where I lived during the end of my childhood. I was placed there at age seven after my father died and my family fought for the secession. I left at fourteen when my brother was grasping at power with his fists while the land slipped away through his fingers. I held a castle to prove myself in war and soon I was ruling in his stead.

Before ruling, I had read much of warfare and strategy. When I became a leader of men, I soon learned to tell the difference between a good idea and an effective one. I would posit that you are awash in both, unable to sort your experiences from your expectations. Sun-Tzu thought – and my battles proved – that the most effective weapon against the enemy was their own expectation. Do as they expect you to do, and they will never see the lightning bolt coming.

The larger issues you describe in your letter, cultural misogyny and rapacious dating mores, are beyond your control as the shaking of the earth or the wave upon the shore. Your only recourse is to adjust your strategy to the terrain. You can control how you see and examine how you feel. It would be easy, in the situation you describe, to allow your expectations to cloud your sight. If you view all men as one and the same, however, you will be blind to the unexpected. Do not fight yesterday’s battle today. You have learned from your previous battle and you must apply your learning, but if you expect the next interaction to be the same, you will be utterly defeated. You must know both your enemy and yourself and assumptions are blinding.

As for how you feel, we must return to the teaching of my youth. Pain is as much a part of love as embracing. To resent it is to become hardened to life. The hope of joy, however, can be just as tricky. Our desires can lead us down fruitless paths. If what you seek is connection, you cannot force it to happen. You can only leave room for it in your interactions. Try to see only the person in front of you and the moment you are in.

Of course there will be times when you find yourself in a battle truly joined. When you do, you must strike without remorse. I had to learn what men are trained from birth: to fight for my place. You must do the same.

Badass Advice Tip Jar
Born February 18, 1530 in Kasugayama, Echigo Province, Japan into the Nagao clan. Died April 19, 1578 in Echigo of uterine cancer, stomach ailment, or assassination by a ninja hiding in the toilet, depending on the source. There is historical argument as to Kenshin’s biological gender (see below). We do know, however, that Kenshin entered a Buddhist monastery (which probably housed both monks and nuns) at age seven and left it at fourteen with a new name and a male identity. After becoming head of the Nagao, Kenshin was adopted into the Uesugi and ruled over both clans, protecting Echigo from all incursions. He was one of the most revered daimyo of the Warring States period, fighting with honor and ensuring his domains were well run. He was known for his learning and piety, as well as his strategy.

Office of Badassery Note: The theory that Kenshin was born female is not widely accepted. Kenshin was an important figure during a well-documented, if chaotic, time in Japanese history; it’s on par with arguing that Richard the Lionheart was a woman. There are some significant questions, however. Kenshin was too sick to fight at roughly the same time every month, to the extent that he planned his campaigns around it. Kenshin was the only man who was allowed to freely interact with the Shogun’s harem and female family members. Kenshin was described in feminine terms by contemporary writers, which is even more significant in the literary tradition of the time. The doctor who recorded Kenshin’s cause of death as uterine cancer made no other visible mistakes. Kenshin never married or had children, despite it being in Echigo’s best interest. It would even explain why some accounts describe Kenshin as tall and others describe Kenshin as short. (Kenshin was tall for a woman and short for a man.)

If Kenshin was born biologically female, it would be an interesting early example of FTM identity. It is difficult to assign modern understandings like transgender, gender non-binary, genderqueer, etc. to historical figures. This is doubly true for women who lived as men during times when women’s mobility was significantly limited. If transgender refers to a man born in a woman’s body, should we apply that term to all of the women who dressed as men to be sailors, scholars, soldiers, and explorers when that was the only way for a woman to do those things? How are we to know who dressed as his spirit dictated and who dressed as a man because it was the only way to pursue her dreams? If Kenshin was born female, though, he is an interesting exception to that. During his period, there was scope for female warriors. If he was born biologically female, he would have made a choice, not just to live as a warrior, but as a male one.

There’s a good summary at http://hellotailor.tumblr.com/post/107105760074/uesugi-kenshin-the-sengokus-most-successful