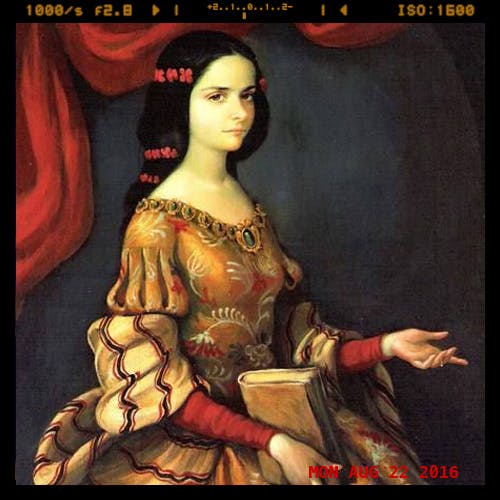 I’ve been dating this girl for 6 months, and she’s amazing. We really get each other. We make each other laugh. We’re totally attracted to each other. But she’s smart. Like, really, really smart. To the point where I sometimes get intimidated by her. I’m afraid she’ll get bored with me or hate having to explain things. Is that inevitable? Can a smart woman be happy with an average guy?  Should I just let her go now so we both don’t have to deal with the fall-out? Is there anything I can do to keep her?

I am going to take you at your word.  I’m sure you have many friends who respond to your question with demurrals.  “You’re smarter than you think.”  “She’s not that smart.”  I am certain she would never allow any of the statements above to pass without question.  I, however, am going to accept your assessment that the girl you love is much smarter than you because it’s a question usually avoided and it’s one worth answering.  Intelligence and its lifemate, curiosity, are Pandora and her box.  For all their blessings, they wreak havoc on spiritual peace and social interactions.

This is especially true for women, at least in most cultures.  Think of your favorite thing about yourself, the thing you would never want to give up, the thing that makes you, you.  Maybe it’s your sense of humor, or your confidence, or your athletic skill.  Now imagine that you and everyone you meet are all raised with the expectation that a woman should have more of that attribute than the man she’s with.  Imagine how that would affect your search for a partner.

Your question is born out of a lifelong social expectation that a man needs to be the smarter one in the relationship.  No one looks twice at a couple where the man is obviously smarter.  Very few women would write in with your question.  Many intelligent women play down their intelligence when they are attracted to someone because they have learned time and time again that this attribute they treasure is a barrier to the intimacy that every human craves.

Do you wonder how a nun would know of such things?  I always knew that my talents came from God.  I always carved my words as gifts to lay at the feet of the Divine.  But I did not feel that He had called me to be His in chaste seclusion.  When my words won me a place in the Viceregal court, I expected a glittering marriage.  I may have been a criolla bastard from the campos, but the blessing of the Viceroy and Spain’s King was a dowry that exceeded most titles.  I wanted… well, I wanted what most young girls want.  I wanted a charismatic and handsome man to be in love with me.

And the men?  They were drawn to my image and my favor, but when we were alone, they wanted me to be less.  They found it mannish that I would wish to discuss theology and philosophy, instead simpering about fashion and gossip.  They had status and riches and comfort at court and all the advantages showered on the son of aristocracy that a daughter of a rancher would never have.  But the one advantage I had was still too much for them.  I decided to live outside of the world, since I could not find a place that accepted all of me.

Your girlfriend may not have to choose between a convent or an unhappy marriage, but she has been raised on those same ugly expectations.  I promise you that she has at least wrestled with the temptation to diminish herself, to pretend to be dumber than she is.  That you have spent six wonderful months in the knowledge that she is smarter than you speaks to her confidence both in herself and in you.  You two can create something wonderful and life-lasting, but only if you celebrate her gifts, just as she celebrates yours.

You see, everyone brings their own flaws to every relationship and everyone brings their own gifts.  There are things that you are better at than her.  Maybe you have more social graces, maybe you are more organized, maybe you are more athletic, maybe you earn more money or are better-looking.  Just as you don’t expect these imbalances to destroy your relationship, intelligence imbalance is just one piece among many.  Relationships aren’t supposed to be a pairing of people who are absolutely alike in every way.  Where would you even find someone like that?  You are looking for someone who complements you, who is strong where you are weak.

A word about creating this complement and then I shall lay down my pen.  You fear she will bore of explaining things to you.  I say she will revel in your curiosity.  However often she has been chastised for being a know-it-all, however frequently she has felt a freak, your desire to hear what she knows will soothe those long-healing wounds.  Be unembarrassed in asking what she knows.  You bring many things to the table that she does not.  If this is the right relationship for you, she will treasure you for who you are.  Asking openly and honestly about what you don’t know will create a space for her brain, one she may not have experienced in a relationship before.

Your question shows a confidence and emotional intelligence rare among men.  She is as lucky to have you as you are to have her.  I will pray that you have many years to enjoy the relationship you build together.

Born in November of 1651 in San Miguel Nepantla, México, the illegitimate child of a criollo woman and a Spanish captain who was largely absent from her life.  Died of the plague on April 17, 1695, which she caught by ministering to other nuns.  Juana was a child prodigy who taught herself to read at age three and spent her childhood studying everything she could get her hands on at the hacienda of her Grandfather.  Her writing brought her to the Viceregal court as a teenager, despite her social status.  At age fifteen, she entered a convent and devoted her life to writing plays, poems, philosophy and theology which were enthusiastically read in Europe and the Americas.  In 1693, her criticism of a Jesuit sermon and defense of women’s education brought such pressure from the Catholic Church that she ceased writing.

For an amazing cartoon biography of Sor Juana, check out Rejected Princess.