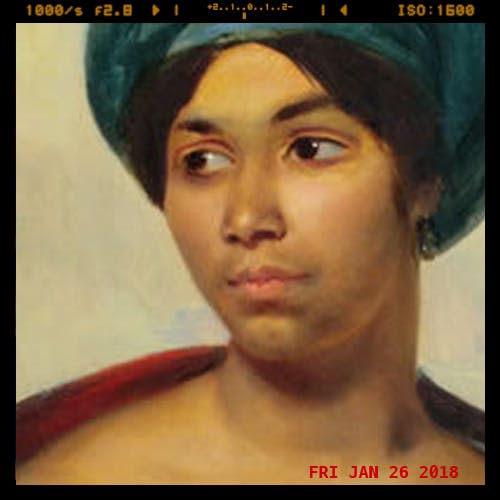 My parents moved from Manila to a small Midwestern town and had one kid, me.  Our town was small enough that I knew for a fact that we were the only Asian family for miles. Sometimes it was no big deal and sometimes kids were assholes, but the big thing was always being out of step. I ate adobo instead of peanut butter and jelly. My classmates were varying shades of Protestant and Agnostic, while I could say the rosary before the pledge of allegiance. Money’s always been tight, but we saved for ages so I could visit our family in the Philippines before going to college. I was looking forward to it for so long, but maybe I got my hopes too high. I thought I would finally be somewhere I fit in, but I’ve never felt more different than I did in a place where everyone looks like me. I’m about to leave for college, but I’m totally thrown. How do I figure out where I fit in?

Your question is timeless, but also without an easy answer. Like you, I always felt apart from my surroundings, as if they viewed not me, but my reflection in a dark and scratchy mirror. I do not have simple advice, but I do believe there is something to learn from my story.

I wonder which of us is the more fortunate. You live in a time of movement and there is a whole community of people with their feet in two worlds. If you don’t meet them in college, you can find with the tap of a button. My life took me across Germany and the Netherlands, but I never saw anyone like me.

On the other hand, few of those I met looked for differences. They did not put me in a category based on caricature, as they had no pre-existing idea of someone like me. Most of my neighbors had never travelled from the place they were born. My customers in the Dutch royal court usually had a kinsman at sea, but my homeland across the Rhine was as distant to them as the homeland of my father on the Guinea coast. I lived my life in displacement, but I never knew to give this loss a name.

It was hard to map the gulf between myself and those around me. In Diez, Germany, I was the orphan daughter of the dark servant to the exiled count. In the Hague, I was German. I was also a working woman who moved through the court and returned to the street of tailors, at home in neither place. And, yes, my appearance drew the eye in any crowd. I drew my foreignness around me like a cloak and kept myself aloof and safe.

I did not have the luxury of speaking truth, even to myself. I was a young girl in a world that was not kind to women without protection. I depended on the patronage of the family that had been given my father as a gift when he was a young boy. I did not want to think that on the other side of that kindness lay a presumption of ownership. I did not want to think that the gilded refinement of the royal court rested on a foundation made of selling my father’s people like property. I could not keep myself from starving if I let myself think on these, so I locked the words in my throat. My voice became whispered with the effort to speak around those words.

I lived safe, but I lived silent and apart. I do not want this life for you. I was almost thirty, long past the age to marry, when I met a man living separate like myself, a German soldier in the heart of this new Dutch monarchy. I bore children, finally, even moving to his family in Delft while he finished his time as a soldier. We moved many times in his next career, replanting our growing family each place we went. We were foreign in each place we went, but in our home we had our refuge. Our children prospered and when I finally went to my rest, he followed me soon after.

I would not advise you follow my path. At sixteen, I was alone in the world, exotic printed on my face and in my tongue. I could find no other path but separation and silence. So many more roads lay before you. You may be alone in your town, but you are part of a legion. Millions of your peers have lived your same experience. Seek them out. Draw strength from them and use the tools they share. Seek mentors who can help you navigate, and if you cannot find them, seek the stories of those who have gone before you.

Most important, you must avoid the silence that consumed me. Seek those that understand or want to hear your experiences.  Speak even the most uncomfortable truths. It is a constant challenge, I know. But when it feels too much, I do believe you can take hope from my story. When I felt most separated, outliving my patrons and any hope of a family of my own, I stumbled into a new life. You, too, can remake your community at a need.

Know that you can always make your world anew.

Born 1802 to Willem Frederik Cupido and Catharina Lowe, likely in Diez, Germany. Died September 26, 1862 in Vught, The Netherlands. Willem Frederik Cupido was given to the Dutch Stadhouder when he was a boy. As an adult, he was a paid retainer who followed Willem V into exile, during which he married a German woman. Sophia Wilhelmina was the only one of her siblings to survive childhood and moved to the Hague when she was sixteen with the support of the reinstated royal family. She eventually started a family with a soldier from Dillenburg, Germany moving all over the Netherlands with him after he became a tax collector.

The Hague History museum has an exhibit on people of African descent in the Dutch court, including Sophia Wilhelmina’s father. It’s closing Sunday, so go see it.

This column was informed by the brilliant work of Esther Schreuder, who wrote a book on Cupido and his companion, Sideron.

Office of Badassery Note: As discussed in our FAQ, some of our badasses left no image of themselves behind. When that happens, we try to use an image as close to period, place, and suggested appearance as possible. We have images of Sophia Wilhelmina’s father and daughter, but none of her. We tried to find an image that seemed to relate to those images and the world through which she moved.