Mother of the Future Atila, answered by Sarah Cowper 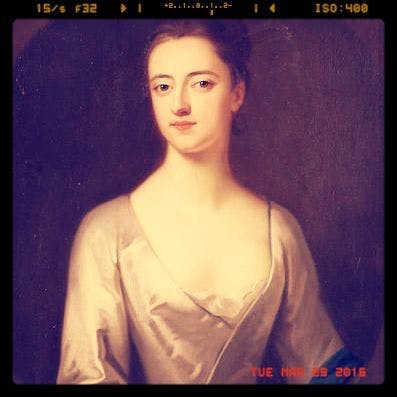 I don’t like the way my 4 year old son speaks to me sometimes. He orders me around, especially when he’s tired. I understand that at his age, he is simply “trying on” voices to see what fits, but I worry that I’m too soft on him. Will he will grow up to be a fascist dictator?

Mother of the Future Atila

Your fear is not only perfectly understandable, but common as daisies. There is so much we cannot control about our children’s lives, it is tempting to set ourselves up as the decisive factor in what our children will be. For years, I blamed my husband for the men our sons grew into. As I wrote in my diary, we were married for 14,000 days and not a day passed without something to be forgiven him. Who could be surprised if our Spencer really did lead that Quaker girl her to drown herself when he grew up seeing his mother ignored and disrespected by his father? As I’ve finally grown closer to my other son – after my husband died, of course – I can see what kind of man he is. I’ve come to believe the truth is more complex.

I am a student of history. I am, in fact, preparing a complete history of the world to leave to my daughter as my legacy. Like any student I can tell you of our most tyrannical kings: John I, Edward II, and Henry VIII. Their stories have answers for the questions that trouble us.

John was so ignored by his father that the nickname he bore for most of his life, Lackland, was a reference to his father ignoring him when dealing out inheritances. His mother encouraged his elder brothers to rebel against his father and as a result, he didn’t see his mother from the time he was a child until he was well into adulthood. One can imagine the childhood he had, especially given the man he grew up to be. He spent most of his adult life scheming to steal the throne from his elder brother. Even after his brother’s death had made him king, he tried to defeat the memory of Richard the Lionheart by sucking England dry for disastrous and unsuccessful wars. He was petty and suspicious, lashing out at friend and foe alike. He respected neither his own marital vows, nor those of his subordinates’ wives. He so thoroughly lost the goodwill of all around him that the entire country revolted against him. Chronicles of the time are vicious, but one can’t help reading through the lines to see a man with authoritarian control being ruled by his inner twelve year-old who’s promising to be an even bigger man than his dad and brothers. He doesn’t seem to understand why grabbing and demanding will never get him what he wants.

Edward II is in some ways a very different story and in some ways a remarkably similar one. His mother died when he was six, His father didn’t remarry until he was fifteen and then it was to a woman only five years older than Edward. Edward’s father was a grizzled military man, nicknamed the Hammer of the Scots. He greeted his son’s birth with Arthurian signs and expected him to be an exceptional king, then seemed to grow increasingly more disappointed with this sensitive son who never jousted and formed such intense attachments to the male companions his father repeatedly exiled from court. When his father died, Edward made his companions fantastically wealthy by giving them other people’s properties and titles. There is a story that upon landing in England with his new French bride, he took the bride’s jewels and gave them to his favorite, Piers Gaveston. Edward demanded that his people love him and love his favorites, but was unwilling to change his behavior to get the love he demanded. He was utterly flummoxed when his own queen and son led a rebellion against him and didn’t have John’s good fortune to die before he was overthrown.

We remember Henry VIII by his quest for a son, the wives murdered or abandoned. He was never meant to be King. He was destined for the church until he was eleven, when his brother’s death made him the heir. His father was such a cold and calculating man that his public and unmitigated grief over the deaths of his son and wife startled his court. His mother was, by all accounts, kind and distant, unwilling or unable to countermand his father. Upon becoming King, Henry VIII showed great promise to be the warm and charismatic King his father was not. When he was crossed by man or fate, however, he showed a ruthless tyranny that became more extreme as his body decayed. He spent his entire life desperately seeking a male heir to carry on his line, but it was his ignored daughter that would raise our country to its pinnacle.

So, what do I learn from history, both England’s and my own? There is no simple answer to raising the man you want your son to be. If it were easy, it would not be the subject of story and song. The knowledge would be passed from generation to generation as a most valued inheritance. I think all three kings show the value of a parent who is present and engaged, as you clearly are. My own history would add that children learn from what they see around them, not just what is said to them. Show your son a world in which the feelings of others are as important as his own, and you do not need to fear him becoming Atila. I hope he sees from the adult men in his life that women deserve the respect accorded to an equal. I fear that the lack of this example was a malignant spirit haunting the lives of my sons.

You seem to feel you should be harsher on your son when he lashes out against you. I say it is an opportunity to start him down childhood’s long and winding path towards the realization that everyone he interacts with is just as real – and just as special – as he is. Most importantly, it is a single moment in your long life with him. Do your best, but do not fear this single moment. He will learn from the long sweep of your example, not this single moment in time.

Born in 1644 in London to a prosperous merchant and his wife.  Died 1720 in her fashionable house on Bedford Row, the government over which she and her husband had consistently fought.  She is best remembered as a diarist whose frank and voluminous observations give us a window into the life of a woman in post-Restoration England.  She spent much of her time writing a manuscript of the history of the world. She left it to her daughter with the request that she in turn leave it to anyone that may be interested.  That handwritten manuscript survived to be read by scholars today.

FOR AN INTERACTIVE COLD CASE INVESTIGATION OF THE MURDER CASE INVOLVING SARAH’S SON, GO TO HAVERFORD.

TO SEE SARAH’S TEXT USED IN A SHAKESPEAREAN DRAMA, GO TO MARGARET I.