Stop the World, I REALLY Want to Get Off, answered by Meera Bai 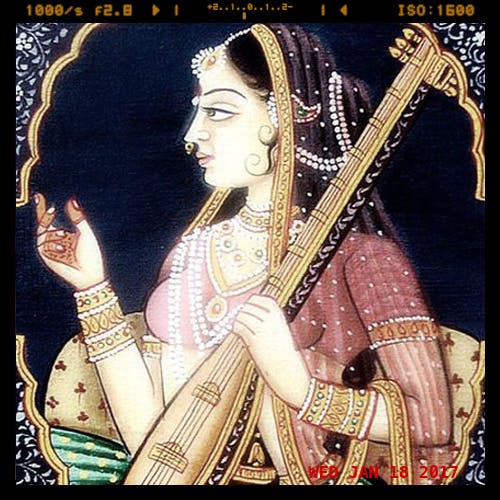 What the f*ck is going on in this world? I don’t even know where to begin! It’s seriously f*cking nuts! I’d be more careful with my language, but I think it’s the least of my worries right now. In fact, I’m feeling like that for more and more things. I see a pregnant woman get on the train and it seriously crosses my mind to ignore her and keep my seat because everything else is screwed anyway. The lack of concern for anything grows exponentially every time I look at the news, and I think it’s because I just can’t take it anymore. I have never felt this hopeless or without compassion. Ever. Your contributors should know better than anyone how to keep a grain of optimism in awful, awful times. If they can’t cheer me up, then I give up. Thanks, I hope.

Stop the World, I Really Want to Get Off

Love will bring all the madness you need

to unfurl yourself across the universe.

You are exhausted trying to make sense of a senseless earth.  It may be that there is some order to the full sweep of mankind, but our sight is too narrow, our lives too short to see it.  Your rage comes from the illusion that the world should make sense to you.  Rather than straining to build order from bricks of sand, you should stare into the depth of the chaos.  There is a terrible freedom at its core, but you will find in that freedom that you are bound more deeply to all who walk on this trembling planet. Instead of running from compassion, you should hurl yourself into it.

I was born into a land that used strict order to stave off the prowling lions of war and famine.  We had many classes, each with their place in samsara, the cycle of rebirth.  Many noble families, including my husband’s, shunned the poor with a suspicion akin to dread. Women, no matter their class, lived a life apart with strictly prescribed behavior.  As the daughter of a king, the path before me was to marry to strengthen my father’s house, raise children, and throw myself upon my husband’s funeral pyre.

Just as a single star can illuminate the night, a single question swept away all allegiance to the order my mother died under.  When I was a little girl, I saw an old man whose gnarled body moved with the grace of a panther and the playfulness of a monkey.  His face was caked in the dust of the road, but his eyes danced in joy.  He gave me a doll of Krishna, to Whom he’d dedicated his life and told me all the stories about Him.  Lord Vishnu, the all powerful who watches over samsara, was incarnated as the Son of cow-herders.  He was a mischievous Boy, who adored pranks so much that one of his names is Butter Thief.  I asked the saint how those who dwell in the castle could shun those who dwell in the field when Krishna chose them for his family.  The saint did not know but walked on, singing praises to Vishnu and stories of Krishna.

I realized slowly that the barriers that defined my world, those walls between men and women, between priest, warrior and worker, between neighboring peoples, they were all created by man.  If man created them, then woman could ignore them.  I began to celebrate Krishna, singing and dancing with men and women of all castes.  My father would not stop me, but instead married me into another kingdom. When my husband was killed in battle, rather than die in the flames of his funeral, I chose to live in the love of Krishna.  I got drunk on his family’s poisoned wine, wore their cobra as a necklace and followed in the path of the wandering saint.  I walked with Lord Krishna and created songs to lay at his feet.  I taught the songs to any who would dance to Lord Krishna with me.  There was war upon the land, but it did not touch us.  There was famine, but we fed each other.

My mother would have wept for me.  We women believed that to stay in our place was to keep safe, that to leave the protection of our fathers and husbands was to invite shame and violence.  We never spoke of the violence of protection, the powerlessness of being owned.  The believers I met were poor and they smelled of dirt and sweat, but they never laid a hand on me.  In these times of blood and hunger, we found moments to rejoice in the playful Boy-God.

What you want is for me to tell you the terrible things I saw, so that you can find peace in knowing that others have survived worse.  But your bruised heart will not find healing in one more woman to weep for.  You will find hope not in wishing for a different world, but in the community of those who struggle with this one.  Dance on aching feet for the joy that you have feet.  Sing in a torn voice because you have breath for song.  Love your fellow travelers not because they are good, but because in them you may glimpse the face of the Divine Love.