Prisoner of the War Between the Sexes, answered by Lucy Hicks Anderson 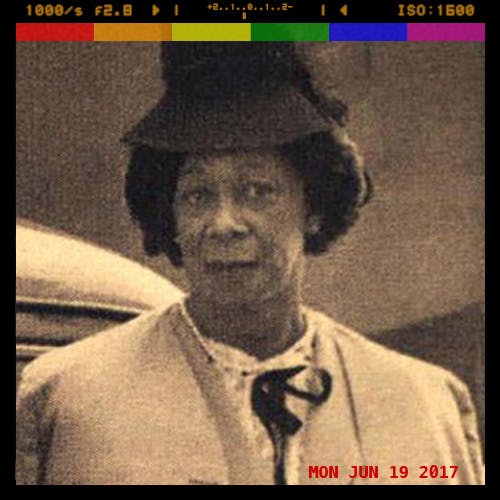 I don’t know how to trust men.  There just seems to be so much viciousness and violence online and IRL.  Dates and friendships just feel like they’re trying to put in enough niceness so I put out and they can bail.  Every girl I know has a rule about how long you need to wait to hook up with someone you’re into, every guy I know has a rule about how long they’re willing to wait, and no one has the same rule!  Don’t even get me started on dating apps.  Even on Bumble or Hinge, a dick pic or a dick move is just a message away.

Reading and talking about stuff makes me feel less alone, but also totally overwhelmed.  Like it was comforting to hear that a lot of women get catcalled and think it’s creepy.  It’s something that happens when you’re alone and we never used to talk about it.  Once I heard about mansplaining, though, I just started to see it everywhere.  I’m in my first job and I’m convinced that the male assistant is getting paid more than I am, but I don’t know why.  So many guys I know try to get attention online, but whenever I post something clever, I’m terrified that I’m about to get deluged with rape threats and a swat team called to my house.

I want so badly to be in love and I’m not even a little bit attracted to women.  But I don’t know how I can possibly build a relationship when I feel dehumanized on every date.  How can I possibly trust a man when so much is telling me to be afraid?

Prisoner of the War Between the Sexes

Office of Badassery Note:  We don’t know if this helps, but a lot of women feel the way you do.  We get so many iterations of this question, in fact, that we are getting two different perspectives.  Next week’s answer to your question will come from someone with a distant perspective.  This week’s columnist is more recent than we normally go, but such a fabulous woman we couldn’t resist!

Dear Prisoner of the War Between the Sexes,

I was born only twenty years after the end of slavery, less than a day’s walk from a battlefield.  A young black girl in the Reconstructed South soon learned to fear the other and I crossed through to Texas and New Mexico as a teen girl alone.  I know what it is to live under threat from those who are different.  I was alone because I knew, too, what it was to be other.

I was born in a close-knit town and into a boy’s body.  I knew I was a girl before I knew just about anything else.  My mother loved me as I was, letting me go to school in a dress and finally calling me by my real name, Lucy.  There were others, though, who were less kind.  I left all that confusion behind, but I didn’t realize I was leaving community too.  I floated alone from job to job, single room to single room.  I even married someone who kept me as alone as I’d ever been.

When I arrived in Oxnard, California, the little community was booming, with room for all sorts as it expanded.  I catered for the wealthy, creating meals that were the centerpiece of any respectable party.  The respectable husbands would sometimes wonder across town to my other business, a house of ill repute but good reputation.  With success came the security of money, but also the community I didn’t know I was missing.  I should’ve saved against darker days, but I found myself giving to charities and community groups.  During the war, I bought bonds and threw going-away parties for our young soldiers.  If one of them fell, I grieved with the families.

The town community that encircled me, I had every reason to keep at bay.  I knew the violence of men and the hatred of white for black.  I had spent more than twenty years apart, though, and I wanted to find a space in the sun, so I looked very carefully at what was around me.  There were white people to avoid and men to disappear from.  They exist in every town.  But in learning to sell to my customers, I learned how unique each person was.  Seeing each individual allowed me to finally find a place for myself.

I believe that there still would be a place for me there now, with some of them, at least.  Some of the women who were my friends, some of the men who sported nights in my guesthouse, I think they would find their way back.  What I ache for from my life in Oxnard is not the businesses, but the way they bound me to the town, the way people looked up to me and courted my generosity.

It was the government that uncovered the secret of my birth.  The army that I’d supported charged me with fraud for getting the subsistence checks due a soldier’s wife.  A Los Angeles judge sentenced me to men’s prison in men’s clothes, stripping me of the fashionable sensibility that the people of Oxnard had admired for twenty-five years.  I stood in that court and said, “I defy any doctor to prove I am not a woman.  I have lived, dressed, and acted just what I am, a woman.”  They offered no proof, but passed judgment anyway.

What I learn from my life is that the system is an unthinking brute.  The people within the system may be all manner of person.  You are meeting good men as well as bad men, within a toxic system. Like picking the bones from a fish, we must train ourselves to remove what an ugly culture puts on a person and see only the flesh beneath.

Born in Waddy, Kentucky in 1886.  Died in Los Angeles, California in 1954.  Arriving in Oxnard in 1920, she built an elite catering business and owned a brothel, both of which trafficked in then-illegal spirits.  During World War II she bought $50,000 in war bonds, kept patriotic spirits up in her community, and married serviceman Reuben Anderson. When her biological identity was discovered in 1945, she became the first trans woman to fight in court for the validity of her marriage.  She was jailed in a men’s prison and barred from returning to Oxnard, effectively robbing her of the businesses she’d built over twenty-five years.

To learn more, check out this video from Essence: http://www.essence.com/2016/03/01/learn-inspiring-true-story-black-trans-pioneer-lucy-hicks-anderson