Daughter in Limbo, answered by Lakshmibai 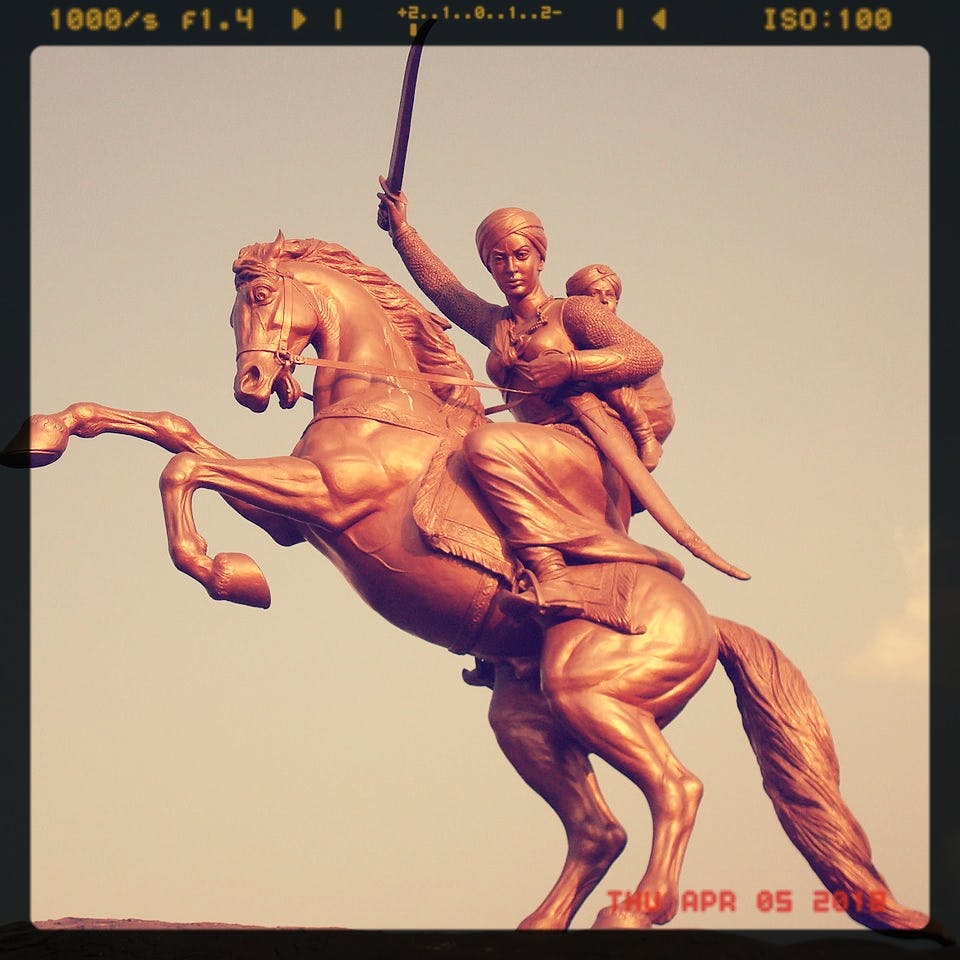 My now husband warned me from the first that his mother is opinionated. I thought that I’d won her over, though. We’ve always been friendly. On our wedding day, she came up to me AS THE MUSIC WAS PLAYING to tell me she knew that I didn’t love her son and I was just marrying him for their money. I have no idea what I said, but the ceremony had already started so I watched the usher guide her down the aisle and went on with the wedding. By the time I saw her at the cocktail hour, she was already slurring, so I’m pretty sure she had already been drinking when this happened. I haven’t told my husband yet. I know it sounds crazy, but his family is much richer than mine and I’m embarrassed to repeat what his mom said. What do I do?

You do not have the problem you think you have. You are not a daughter in limbo, but a wife. You have vowed to spend the time remaining to you in this life with your new husband. You must now face down the wide world together, severable only by death. This means that your problems are his problems, so you must not hide from him. Truth is the only substance as eternal as our spirits and you must join yours with his.

Your vows also hold the secret to setting aside your shame of class. Life is strewn with unforeseeable difficulties. You do not know what his future holds, but there will likely be a day when your new family is grateful for some facet of you that now sets you apart.

I was a young girl when I married a handsome ruler, but I knew the Raja’s circle disapproved long before they said it to my face. His parents had already returned to the cycle of rebirth, but the his family’s dislike of me was simmering and palpable. The Peshwa who’d raised me and arranged the marriage was too powerful to refuse, but that did not mean I was welcomed. Jhansi had seen such turmoil. My new husband was a good ruler, but they wanted a child of good blood to ensure the future would be more reliable than the past.

I was too foreign, too wild, and too untrained. What kind of woman prefers to ride a horse than to be carried in a palanquin? Who practices archery every morning? Why would she ever touch a sword, much less learn to fight with one? My father even came with me, to serve my husband as he had the Peshwa and help guide me into becoming the Rani they demanded. I changed my name to Lakshmibai to honor my new family. I learned from my husband’s decisions. I observed the intricacies of my new home.

I had no woman to guide me in the making of the heir. My husband seemed to find our marital bed a chore, one to be endured by both of us. I asked what I could do to be more pleasing, but he gave me no answer. My father finally told me the rumors that he had not often visited the bedchamber of his previous wife, who had died without giving Jhansi an heir.

I was overjoyed when we finally had a son and devastated when he left us so soon. As my poor husband seemed to slowly release his hold upon the world, we adopted his cousin. His will left our new son to my custody and Jhansi to my regency. His cenotaph was still being built when the British seized Jhansi, thinking a woman and a child to be poor defenders.

Everything my husband’s family had dismissed in me became my greatest weapons. I had the character to fight for our family and the skills to do it. I led the revolt that shook the British Empire.

I do not know what skills you will call on in the service of your new family. Neither do you. Your upbringing made you into who you are and you should revel in the person you have become. You and your husband must decide together how or if you should respond to his mother’s accusation. But in sharing the truth with him, you will have already proven her accusation wrong.

Born on November 19, 1828 in Varanasi to Bhagirathi Sapre and Moropante Tambe, an official in the court of the Peshwa of Bithoor. Died on June 18, 1858 in the Battle of Gwailor. Known to history as the Rani of Jhansi, Lakshmibai was one of the leaders of the First War of Indian Independence. When the British besieged Jhansi – which she had taken control of at the start of the war – she led a fierce resistance and only when all hope of holding the fort was gone did she escape on horseback with her adopted son strapped to her back. She and her soldiers joined the main contingent of rebels and fought in a major battle with British outside Gwailor, during which she was either killed or so badly wounded that she died shortly after.