I Swear It’s Not Me, answered by Khutulun 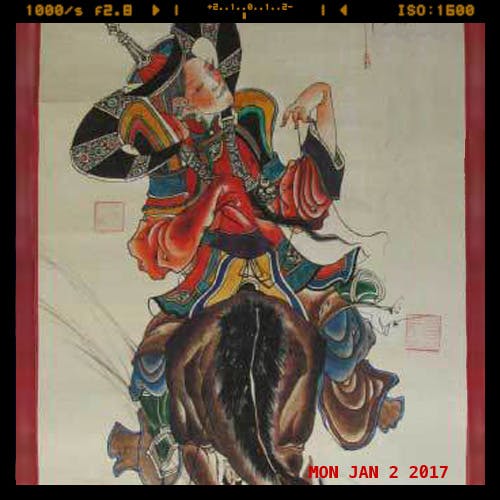 Women make no sense to me.  I’m a straight guy and I haven’t had a girlfriend in years.  I’m doing everything you’re supposed to do.  I’m in good shape.  I cultivate my friends and other interests.  I make good money but I’ve gone broke taking women out to dinner and getting nothing in return.  I feel like I’m the only guy in the city who’s not just out for sex.  What gives?  Why can’t a nice guy catch a break?

I Swear It’s Not Me

Dear I Swear It’s Not Me,

Actually, it kind of is.  At least part of it.  It’s not entirely your fault, though. It is our nature to crave a place that is ours alone.  For you, it is to be seen as successful and loved by a woman.  For me, it was to be a warrior in a great Khanate, daughter to a wise father, and one of the first families of the people under the sky.  My father led his people as they had lived since the first horse befriended man and I was the arrow to his bow.

His kinsman Kublai wanted to close off the sky and pen our people into cities.  My father fought him because he would rather the descendants of Genghis war amongst themselves than cut themselves from the land that bred them.  How can you sense the breath of your people in the clatter of towns? The city-dwellers seek adornments of jade and cloth of gold to show their status because they live cut off from their kin.  In the morning I awoke in a yurt in the center of my people beneath the infinite sky.  As I moved among them they saw the battleskill of my fathers and mothers.  They saw the fear of the enemy when I broke into their assembling ranks to kidnap a trophy for my father.  I did not need to demonstrate my place among them; it was the air I breathed.

The outside suitors saw none of this, of course.  They saw my father’s wealth and power, they saw the House of Ögedei, my descent from the greatest Khan.  They wooed me with words of delicacy, as if they did not see the power of my large frame.  They sent messages of eternal devotion before I set eyes on their face.  They did not want me.  They didn’t even see a person in my name, just what I could bring to them.

So I set a challenge.  If a man could beat me in wrestling, I would marry him.  If I defeated him, he would give me 100 horses. Had a suitor taken the time to learn about me, or even really looked at me, they would know this would be no easy victory.  I ended up with 10,000 horses and no husband.

I suspect that you have become like one of my unseeing suitors.  You want a girlfriend, which is natural and understandable, but you want one so much, you see any woman you meet not as a person in her own right, with thoughts and feelings and experiences that are completely unrelated to how she feels about you, but as a potential goal to be achieved.  That is what is turning your dates away after a dinner.  It is not that they do not see you as attractive or successful.  It is that they fear you do not see them at all.

You speak as if you have fulfilled your part of a bargain and have been cheated of the agreed-on price.  There is nothing certain under the great dome of heaven.  A large army can be encircled by a smaller one.  An eagle can fail to capture a fat city pigeon.  You need the luck to meet the woman who is the right fit for you and the balance to see her for who she is, not what she can be to you.  You can hone your sight, but the winds of fate are under no control that we can see.  You should work on seeing women clearly because it is dehumanizing to be treated as a goal.  For the path of fortune, all we can do is implore the sky to turn its light to you.

Born around 1260, likely in Yarkand between the rivers Amu Darya and Syr Darya (in what is now Western China), to Kaidu of the House of Ögedei.  Died in 1306 in unknown circumstances amidst a succession fight for her late father’s position. Khutulun was a great-great granddaughter of Genghis Khan and the favorite child of Kaidu, de facto leader of the Chagatai Khanate.  Khutulun spent her life as a warrior and her father’s lead general in his wars against Kublai Khan.  Eventually, she did marry a husband of her choosing, but she remained undefeated in wrestling. She is known in Western literature as a subject of Marco Polo and the inspiration for Turandot, but many of the details of her life are lost to history.

For more on Khutulun, check out Rejected Princesses.