Ambition or Love, answered by Jacoba of Bavaria 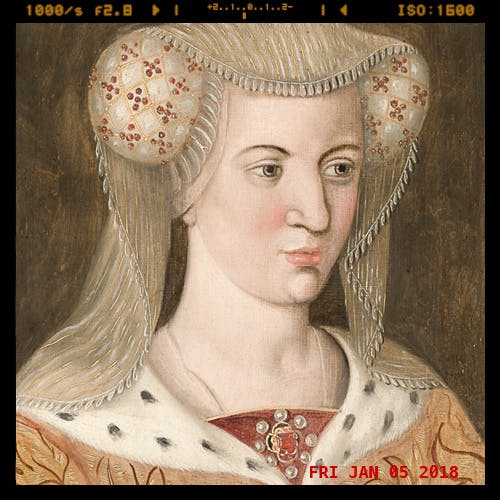 I love what I do. I’m strategic and I’m a good manager. I’m being mentored by a CEO and I see myself on a straight climb to the C-suite. The thing is, it takes time. And I don’t mean in the “I won’t get there overnight” sense. It takes from the moment I wake up until long after the sun’s gone down. Between work and business functions, it’s seven days a week. I love it, but I don’t have much of a life outside of it. I’m seeing my friends settling down with live-ins, and I barely have time to date. I don’t want to waste this time in my life, but now is when I set my career path as well. Should I slow down so I can find a relationship? Or should I go full steam ahead and trust that I’ll meet someone when the time is right?

I don’t think your choice is what you frame it as. For a start, trusting to fate for anything is a fool’s gamble. Life taught me that Fortune’s wheel never stops spinning. I began my sixteenth spring as wife of the heir to the French throne, with a father working tirelessly to ensure my succession to his counties of Hainault, Holland, and Zeeland. By the start of summer I was a widow and an orphan, forced to fight alone against powerful men who would steal my inheritance. Make your choice not by trusting chance, but in your own judgment.

For women in my time, marriage was our strongest – sometimes only – career move. Power was exercised through our husbands, so our choices had to be politic. I naïve and unprepared for the struggle I faced to hold onto my father’s lands. I trusted my mother and her brother when they counseled me to marry the Duke of Brabant, whose lands neighbored my contested ones. It did not occur to me to question my mother’s judgment or my uncle’s motives. John of Brabant was a weak leader, swimming in debts. We lost the battle for my lands and my husband sold what little the treaty left to me to the very thieves who’d taken the rest.

If marriage was my only option, I decided I would try again. I petitioned the Pope to annul my marriage and went to England to entice a man with earth-conquering ambition. My marriage with Humphrey of Gloucester was meant to be a strategic alliance. He wanted the prestige his war-hero older brother had earned in France, but after we regained my lands, he would return to England and be a long-distance husband. He failed on every point. After his inept campaign foundered and he returned to England with my lady-in-waiting on his arm, I had to evade capture dressed as a man. I led the fight against Burgundy as best I could, but when he besieged me, no one would raise arms for me. No one wanted to antagonize Burgundy. The Pope even invalidated my marriage to Gloucester, cutting off all hope of help from England.

So what did I do? I negotiated the best settlement I could. I made Burgundy heir and administrator of my lands, but I secured a place for myself. A couple years later, I married for love. Francis and I were happy together, even if fate took me away from us far too soon.

You can and should follow your ambition, but know that it may lead you places you do not foresee. And since you cannot control where your ambition may take you, you should not let it be your only guide. Fight for what you want, absolutely, but do not sacrifice other joys to the hope of your fight. Listen carefully to your instinct and judgment. When they tell you to make time for something, obey them. When they tell you to move on from someone, do so kindly, but immediately.

Be as ambitious in your personal life as you are in your career. Seek out what gives you energy and joy, even if the time to do so is limited. I committed to empty marriages and frigid beds for the promise of the something I was never to receive. If Francis had been by my side through it all, I may still have lost. I can’t help but wonder, though: if the only fight I faced was the one for my counties, would I have won?