Testifying in the Dark, answered by Hypatia of Alexandria 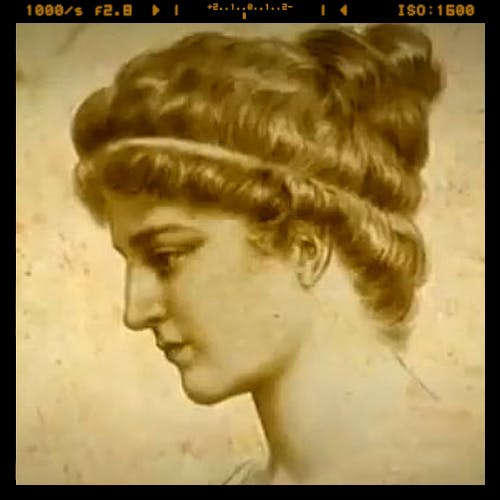 How much do I have to keep fighting my family about their beliefs? I understand that white Americans like myself have a responsibility to push back on racism where we see it. I believe, I truly do, that racism thrives on being tacitly accepted and that my silence allows people who say racist things believe that they are still good people. I get that there needs to be a social price for dehumanizing beliefs. I just feel like I’m not accomplishing anything. Despite pushing back on every ridiculous and horrible thing my relatives say, nothing has changed. I’m finding myself separating myself from them, spending less and less time with them, but I’m fairly certain all I’m doing is leaving them to reinforce each other.

One of my cousins is born-again and she says it is her job to convert everyone she meets. She turns every interaction into a chance to testify about her faith and her fear of the torment that awaits the rest of us. It’s exhausting and people avoid her. Lately, I’m not sure what the difference between us is. We both think we’re right. We both think we have a moral obligation to make people believe what we do. Am I any different? What should I do?

Testifying in the Dark

Dear Testifying in the Dark,

Your question is difficult as it is timeless. When I lived, I would have thought that the arc of time would be a beautiful sight to behold. I did not realize that human existence itself has a formula to it, and that its operations repeat across time and space. Do you find comfort in knowing your question has been asked before?

I lived in a city of learning in a time of chaos. My native Alexandria was a city of learning. Our great library had been burned several times, but it was the home of scholars, including my father, who fought to preserve its remnants and recover the knowledge we’d lost on earth.

We knew, of course, that the great empire had been divided, but it didn’t seem to matter much. When Christianity went from treason to state religion, at first I welcomed it. So many of my students were Christian and had suffered for it. I have always believed that the soul knows more than our earthly minds and people must follow the dictates of their spirit.

The formulas that describe this earthly plane would say that extremes lead to other extremes. The persecuted became a group defined by a single identity. When that group gained the power of the state, they became a mob that was violently against anyone who did not share their identity. I was made a scapegoat, then a brutal sacrifice because I was a woman and a pagan. Because I was not one of them, I was a target for a rage that sought any object of blame. I was like the lighthouse of Alexandria in a lightning storm, struck only as the target closest to the cloud.

And yet, I do believe that knowledge is like that lighthouse. It shines through the darkest of storms, however dimly. It would have been safer for me to lock myself away as the protest grew around me, but I had to teach. I do think you must do the same.

I was a teacher sought out. My students came from across the empire to learn from me and people stopped me on the street. I would treat them all the same. I would ask them questions. We have inside us all a distant memory of truth. Questions can draw it out, if they are based only in truth.

I would advise you to lecture less and ask more. Like me, you live in a time of uncertainty and chaos, when people seek answers that feel easy and bring destruction. Like me, you live in a time when no one is taught to tell truth from falsehood. You cannot force someone to believe facts, but you can guide them to the discovery. If someone believes something dehumanizing, see if you can get them to defend their beliefs with reasons. If you doubt their reasons, ask for the facts they base them one. If you doubt their facts, ask where they got them.

Remember as you do so that you serve both the world and them. The mob that killed me claimed victory. But the death of scholarship heralded by my death left everyone vulnerable. They condemned their descendants to the onrushing Dark Age. A century later, the swift and ugly death spreading across the Empire hit an Alexandria devoid of scholars. People died in the street without remedy or even understanding of what happened to them.

I know that what I ask of you is not easy, but I know that you have the support of a network I never had. You can get your patience not just from the scholars of the past but your fellow warriors. Know that every mind you teach is valuable and omit no opportunity to encourage people to question harmful beliefs – nor any opportunity to learn from another.

In doing so, you join a line of scholars seeking to cast light into the darkest night.

Likely born somewhere between 350-370 AD in Alexandria to a scholar named Theon and an unnamed woman. Gruesomely murdered by a mob in March of 415 AD. Hypatia was a mathematician and teacher whose work survives imperfectly in the commentaries she and her students wrote about famous treatises. She used the Socratic method to teach Christians and pagans regardless of who was in power and who was oppressed. Her legacy has been viciously debated across the years, but it is clear that she was a beacon of learning in a time that opted for dogma and politics over truth.