Stuck Between Love and Family, answered by Gracia Mendes Nasi 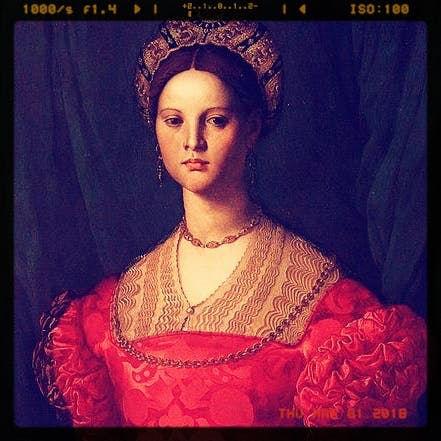 I’m in love. Like, shout it from the rooftops, honey in my veins, finally found my home in love. So what’s the catch? We’re both high school girls and my family is going to flip out. I’ve always been close with my family. I thought they’d be glad to see me so happy. It’s not even like my parents are that religious. But they’ve been weird and hostile ever since I started spending time with my girlfriend. I hadn’t even tried to tell them yet when out of nowhere, my dad pointed to a news segment on Lena Waithe and said she’s breaking her family’s heart and if she was his daughter, she’d be out on the street. He just went on and on about how they weren’t going to pay a cent to support a “lesbian lifestyle” and they’d rather I was dead than gay. Mom just nodded along and chimed in once with an amen. It was probably her first time saying amen since their wedding.

I just don’t know what to do now. I have another year of school. I can’t imagine staying in the closet all that time. But I’m desperate to go to college. Not just to get out of here, though that’s part of it. I want to be a journalist. I’m the editor of our school newspaper and I’ve been writing since practically before I could read. I don’t know how to do that if I’m suddenly supporting myself as a high school senior. Hell, I don’t even know if I can graduate high school without a place to live. What should I do?

Stuck Between Love and Family

You are in a dilemma with no easy answer. I can offer you only my sympathy and the knowledge that you are not alone. I faced not only a frightful punishment if I attempted to live openly as myself, but was offered the ability to save many lives if I stayed in hiding. I can tell you what it was to like, both to live in shadow and to finally embrace my community.

When the Portuguese king ruled that all Jews must either convert to Christianity or leave Portugal without their children, my parents chose to feign conversion. They amassed wealth in the hopes it would keep them safe. When I married my mother’s rich kinsman, I received the ketubah in secret before only the necessary witnesses and proclaimed my vows before a priest in Lisbon’s great cathedral.

If Portugal’s edicts made our faith perilous, its ships made our business prosperous. My husband and his brother were so successful in creating the market for the news spices that were coming from Asia that they were able to open a second center in Antwerp. But we were dancing upon quicksand. The same year my husband suddenly died, the Inquisition brought fire and horror to Portugal. I fled to Antwerp with my daughter and sister, where I discovered I had a choice to make.

There was a tiny Jewish community in Antwerp, mostly people like us who’d fled burning in Spain or Portugal. The community lived on a knife’s point. The Holy Roman Emperor continued to hold sway in the Netherlands and could easily reach out to crush them for faith or profit. They stayed quiet and safe. My family could join them. We could openly practice the faith our fathers suffered for, the faith that sustained our mothers in exile. But we would need to attract attention in neither deed nor possessions.

My brother-in-law and I continued to show a Christian face to the outside world and amass extraordinary wealth. Some of it was for the safety of our family, of course, but it was also for the safety of our people. We used our money and our business networks to get Jews out of Portugal and the Spanish Kingdoms. We smuggled them over the Alps, up European rivers, and through the harbors of the Mediterranean. We got them to the cities of Italy and the Netherlands and to the villages of the Ottoman Empire.

It was disorienting, to present myself every day as something I did not believe and to know that my family suffered with me. I don’t think my sister ever understood. When my brother-in-law died, she was enraged that he left the business to me, even though only I could keep our hidden network running. My sister didn’t even realize the danger we were in and almost ruined our escape from the Holy Roman Empire into the Venetian Republic. Her envy turned so bitter that she denounced me as a Jew, hoping the Venetian court would give her control of my fortune.

I escaped to Ferrara, where I finally got to live with my people. I should have been furious, but I felt like my sister set me free. Finally, I could observe Seder and Sabbath. I could wrap myself in the rituals and words that had been denied to me for so long. I even commissioned a translation of the Tanakh and a history of our people’s exile. It was as if I’d spent my life breathing through lace and now I took in pure and unencumbered air. Had I known this feeling, I don’t know if I could’ve lived so long as I had. I knew I could never go back. The Ottoman Empire offered protection and I moved one final time, to join the people I’d smuggled from Spain.

So what does my story tell you? It is a terrible thing to live in hiding, but it can lead to a greater good. You should begin by dismissing the thought of what you owe your parents. They have made it clear that they will use their support as a weapon against who you are. There is a reckoning in the future for all of you, but you need not have it while you are still dependent on them.

You live in a time where the need for journalists is great and the need for voices like yours is even greater. Can this need sustain you through a year of dissembling? Will the cost to your spirit of hiding who you are for a year be greater than the cost of skipping or delaying college? Can you find a way to protect yourself from your parents’ scorn, or is your relationship with them worth whatever they may inflict? Only you can answer these questions, but I urge you to be cautious and thorough in answering them. Look at the situation that presents itself to you, not the world as you wish it to be.

Whatever you chose, protect your own truth and sustain yourself in the knowledge that you will eventually find a place of safety.

Born in 1510 in Lisbon to parents descended from wealthy Jewish families who’d been expelled by Spain’s Catholic Monarchs. Died in 1569 in or near Constantinople, amongst the Jewish community she had helped foster. Gracia Mendes Nasi spent most of her adult life protecting her family, running their business, and organizing a network that funnelled targeted Jews out of the Iberian Peninsula to the Netherlands (modern-day Belgium), Italy and the Ottoman Empire. She avoided the Holy Roman Emperor’s attempt to forcibly marry off her daughter and her sister’s attempt to seize the fortune by denouncing her to Venetian authorities. After she moved to Constantinople, she was an active patron and advocate for the growing Jewish community in the Ottoman Empire.

Find out more about her at Sheroes of History.