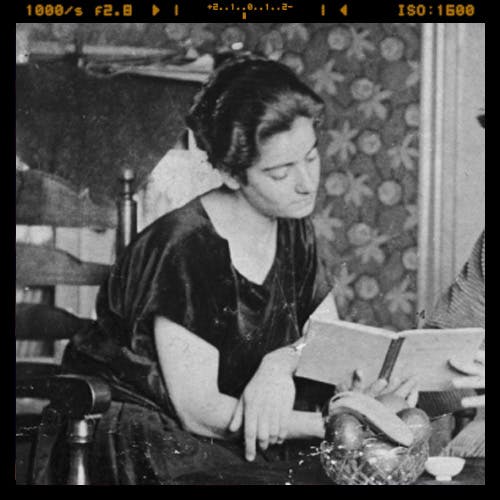 The other day, my friends and I were kicking a ball around outside our school. This car slowed down long enough for this guy to scream out this slur before speeding off. We didn’t see his face and none of us got more than the color of the car. I don’t think there’s anything I can do, but I can’t stop thinking about it.

I keep feeling like that moment is what’s happening all the time at school. There’s this blonde guy who’s rude to everyone and he’s popular and the teachers don’t do anything even when he’s rude to their faces. The other day, my shitty physics teacher sent me to the principal’s office because I asked her to explain something. The hall monitors are always harassing me to get to class before the bell’s even rung, talking about how girls like me are more likely to drop out senior year.

The women in my family, they just talk to me about how to deal. When I say I’m tired, they brush me off. I am, though. I’m sad and tired and I just want to fall in love and find something I want to do with my life. I don’t want to be dealing with this whole other thing, where even just this peaceful moment in the sun can get turned into something ugly. Do you think things will ever get better?

We were not born so far apart, you and I – less than a hundred years – but your question, it makes me feel of another age. I never saw things get better, but I never wondered if they would, either. I never asked questions like that. It’s just not how I was. I spent years with women without even calling myself a lesbian!

I can’t tell you things will get better. None of us who lived through the occupation could. Some deaths we saw, bodies the Gestapo left on the street. Some we only guessed at. An entire neighborhood was loaded onto trains. That brutality may have changed form throughout my long life, but I don’t believe I outlived it.

No, I can offer you no hope in others. In my experience, brutality changes its face but not its nature. I can offer hope in you, though. The world may not get better, but you will become stronger to meet it. It’s not perfect, but it can be enough.

When I was 58 years old, I sat in a tiny room in Orange County while rich men who’d sat out the war stole the orchestra I’d built. It had become too popular to leave to an old lesbian. I was angry, of course, but I got up out of that room and went to go do something else. I’d survived far worse.

Willem and I never expected to survive the Nazis. We’d been outcasts before they invaded. We knew the invasion meant we were stalked by bloody death. We just wanted it to count. We bombed the records office so forged papers could pass inspection, but also I think because we wanted to do something big. Will’s last words were of the courage of gay men. I went into hiding when he was arrested, thinking I could still forge papers. Eventually, I could see that I was more danger to the resistance than I was help.

I got into Belgium and eventually France. Switzerland, though. That was another thing. There was this couple living near the border that would help. When we got there, they warned us we couldn’t make it in the February snowstorm, but we had to try. We had to cross a freezing river. We took our clothes off to do it and when we got to the other side, we spent 15, 20 minutes getting ourselves dry again to put our clothes back on. When we finally got the Swiss border guards to check with the Dutch consulate, they let me stay, but they sent Tony back. All that and he was killed anyway.

I did make it back to Amsterdam, after the war, which is why maybe I don’t have much hope that things get better. “The people that had been riding the fences, as we call it, they were on top. The people who had given their lives, nobody was talking about it and it didn’t mean anything to anybody. Things didn’t change.”

So what would I say to you? Do not waste your faith on other people. Bestow your faith on yourself. You have within you everything you need to meet the world. There is beauty in human beings, too, amidst the senseless cruelty. You can let the wonderful people you meet give you hope, but base your life on your faith in your own strength.