Witness to the End, answered by Coya Cura Ocllo 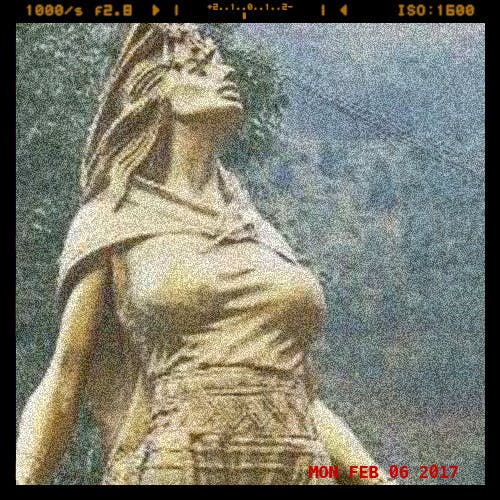 I feel like something I believed in is broken, but I don’t know what to do. I’m just sitting here, watching the world end. Am I exaggerating? Am I just being overly dramatic? Are things as bad as I think they are? And if they are, can anything be done?

Witness to the End

Dear Witness to the End,

You will forgive me that I find a measure of comfort in the knowledge that we were not unique in our reaction to calamity. My family faced history-altering events. We compromised and tried to make peace when, in reality, there was never any compromise or peace possible.

When I was born, my father the Inca ruled over all the lands touched by our mother mountains. My brothers and I grew up in the blanketing knowledge that our land was exceptional. We knew that our father was only the eleventh Inca. Eleven human lifetimes is not so long to the eye of our ancestor the Sun, but we had accumulated power and prestige so quickly. Surely we were blessed and our greatness could only continue to grow. What could possibly match the strength of our vast empire?

When my father took our brother, his successor, to the newly conquered northern territories, we thought nothing of it but that we would miss them. We were not even nervous when the messengers brought word of a spotted illness that brought death among the people. We were desolate when the messenger arrived to tell us of our father’s death, made more so by his return with the news of my brother’s death. While our grief was deeply felt, it was also part of the weave of life. All men, even the Inca, pass into the sky and sickness grows on the earth like grain. We wept our loss while my brother Huáscar squared his shoulders to assume the weight of the Sun.

Atahualpa’s coronation in the North rang like a shock wave through Cuzco. Never before had two sons of the Inca warred like this. Atahualpa was doing the obscene, gathering an army to march on Cuzco, birthplace of us all. Our forefathers had fought in so many lands, but we were unused to a threat in our home. Our stones echoed each rumor of defeat, making our very foundations quake.

What happened next was stranger than any myth, a story so unbelievable we were sure the messengers were wrong, even as each succeeding one verified his predecessor. Large men with sickly skin rode giant misshapen llamas into the mountains and captured Atahualpa. Atahualpa’s army melted before them. They killed the warring brothers and took Cuzco for themselves.

My brother-husband Manco assumed the throne at Spaniard’s behest. We soon realized that we were trapped in our palace and isolated from our people. So much had changed so quickly that we felt unable to understand what happened, much less fight back. All of our traditions and beliefs were ignored by these brutal conquerors. The Spanish treated our women like prizes they had won in the war. Even the Virgins of the Sun, holy women who lived apart in worship, were prey to their attacks. The strength we had been so proud of, the responsibility each one of us felt to our communities, it was all gone.

Manco and I found ourselves pretending that everything hadn’t changed, that Manco had become the Inca like any other. At the time I told myself I was protecting our children and Manco was learning to be what his people needed. I told myself that we were scared and sad and doing what we could. In truth, we gave the Spanish time to solidify their hold. There were so many who believed in our traditions. If we had led our people, instead of trying to appease the Spanish, we could’ve driven them out. Some of us would have died, but we would have driven out the foreigners with their religion of conquest. When Manco finally did rebel, after the Spanish had destroyed the fabric of the empire, we still almost won.

We tried to make peace with the invaders and the new stasis they brought. Again and again, we tried to appease them. We did not realize there is no compromise with those who would destroy you. There is only the fight now or the fight later. We fought later and left our children a losing fight as their sole inheritance.

If you think your world is ending now, you must join the fight. Do not leave a broken legacy for those who come after you.

Born around 1518 (she was married by 1533 and had her first son around 1535), likely in Cuzco, the center of the Incan universe, to Inca Huayna Capac. Died in 1539 during the Spanish assault on the remaining Inca state hiding out in Vilcabamba. While there are many stories about her death, most agree that she was shot many times and that her body was floated down the river that ran past Vilcabamba. In her short life, Cura Ocllo saw a civil war that pitted brother against brother and her family’s Incan Empire, the most powerful state in the known world, destroyed by Francisco Pizarro’s army.

Longtime readers will notice that we had a columnist with a similar name last year.  Mama Ocllo was Cura Ocllo’s grandmother.  Check out this book for more on Cura Ocllo’s time.