Not Enough Hope, answered by Catherine of Siena 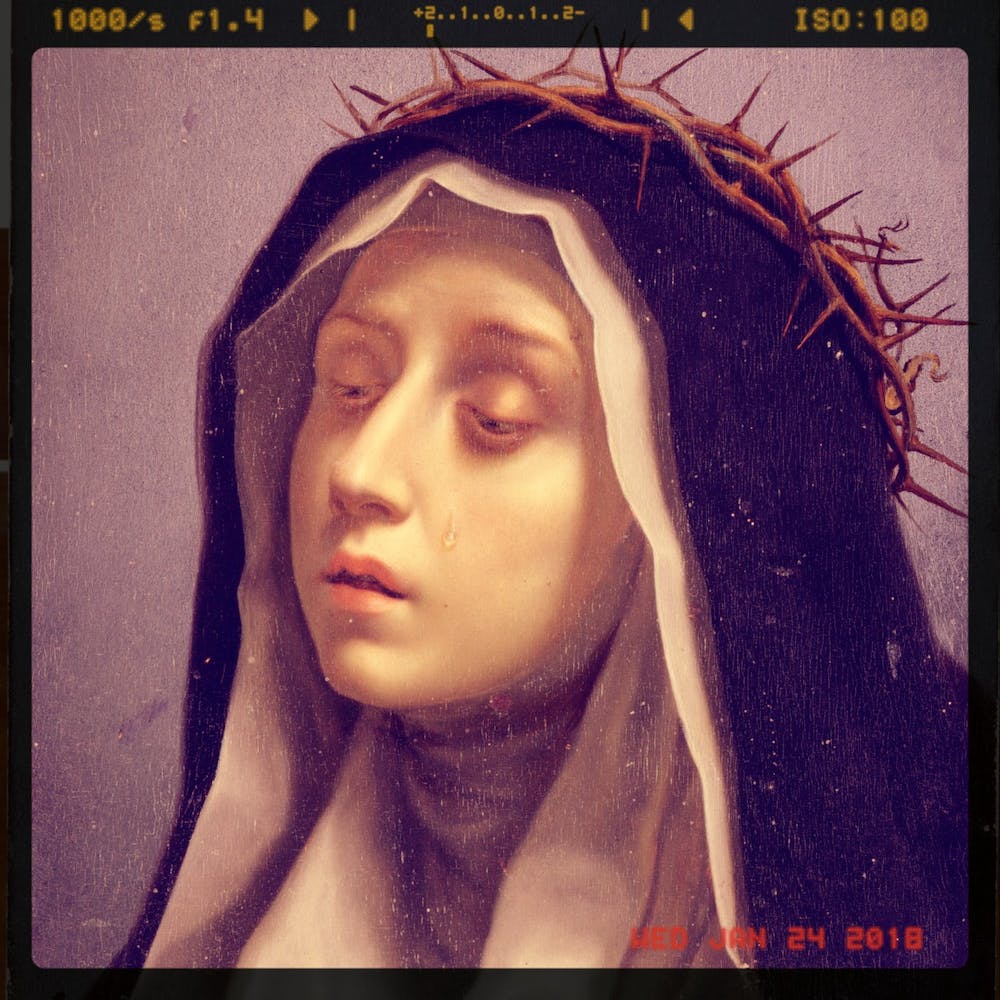 I am beyond depressed. I spend every day with the taste of despair at the back of my throat.  I love my boyfriend and I’m trying to function for him, but I just want to curl up and sob.

Not Enough Hope for a Question

To despair is to be deaf the voice of God, blind to His grace.  It is also occasionally the only rational response to the cruelty He allows His children to exercise upon each other. When I was a very young girl, I saw the Face of God. I spent my life in the sure knowledge of his grace. But even that was not enough to overcome what I saw of man.

The Church, from the safety of its power, named this feeling “acedia” and Aquinas called it a deadly sin. Acedia gets mistranslated as sloth, as if a disinclination for doing laundry was the doorstep to perdition. It is to lose the will to seek God. Our beloved Dante warned that to live without even the hope of His love is to sever all connection with other beings.

Despair came to me when I believed man’s sins were greater than God’s mercy. They seemed so horrible, you see. I was born during the time of the Great Death. People felt that the spine of the world had been broken and we were left to scrabble while its breath slowly ceased. Everywhere I looked, I saw suffering. There was mindless savagery inflected by the leaders whose sole responsibility was to protect. A bishop massacred an entire city in the name of the Father. He was elected Pope shortly after. Smaller men learned cruelty from the examples of the great and inflicted it on their families and anyone else who came within their power.

All I could do was lay my sacrifices before God. He had granted me a vision, after years of aestheticism and celibacy, of becoming Jesus’s bride and brought into the warm safety of the Heavenly Family. When the vision became faded and worn, I renewed my sacrifices unto him. In my daily communion I would dedicate my self-imposed hunger and thirst to His glory, discarding my confessor’s injunction for self-care.

I lost my limbs seven days before I lost my life. I had the time in which the Holy Father made the earth to think about the life I was leaving. I came to wonder if the Savior had rewarded my faith, not my penitence. I never noticed if my starvation and isolation had stopped freeing my eyes to search out God and begun blinding me to His presence. I enjoined others to fight against despair and never questioned if I had succumbed to it.

Despair is not a monster to be vanquished and banished. Despair is a constant pull beneath your feet. To fight it you must constantly reach for the sun. When I was a young girl in my father’s home, I learned to build a cell inside my mind, in which existed only the fire that drove me. As I preached to the powerful and sought God in the rubble, I lost the key to that room inside me. You must find the space inside of you and keep open your way back into it.

Feed your light, whatever it is. For me, it was the eternal embrace of my Lord. For you, it is whatever gives you even the smallest sense of hope. It is anything, anything at all, that draws you out from your own sadness and connects you to the world around you. Make that light your prayer. Draw your mind to it as you are waking up. Reach for it during the day whenever the fog comes in to choke you. Give it whatever gratitude you can muster as you fall asleep at night. And reach for your loved ones.

Form those you love and the light of your hope into a wall around you and despair will not invade your soul, however much it may besiege you.

Born on March 25, 1347 in Siena as the 23rd child of cloth dyer Giacomo di Benincasa and poet’s daughter Lapa Piagenti. Died on April 29, 1380 in Rome of either a stroke or complications due to intense fasting. Saint Catherine of Siena is one of four female saints who have been named Doctor of the Church. (Previous Badass Hildegard of Bingen is another.) She was a mystic whose extensive writing describes a Divine Love beyond comprehension and the human place inside it. The purity of her faith often set her at odds with the Catholic church in the midst of one of the great political schisms.

Atlas Obscura has an entry on the reliquary of St. Catherine’s head.