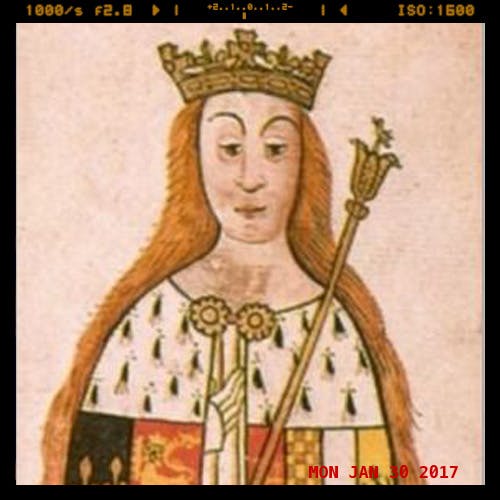 It’s taken me a long time to admit it, but my parents basically abandoned me. My dad took off when I was a kid. He’d come back to town every couple of years, but he just can’t seem to stay in one place. I still live in the same city as my mom, but she just started drifting as I got older. After college, it was like her duty was done and now she could spend her time travelling and dating and whatever else she’s doing. My girlfriends bitch about their parents always calling and I don’t even know where mine are most of the time. What can I do?

Like you, I longed for the nurturing of a mother and the protection of a father. My parents lived to see my wedding and my sister’s, but we grew up as wards in our own family, guarded and cultivated but never loved.

My father towered over our sceptered isle. He was envied for his wealth and wisdom across the continent, far beyond the due of a mere English earl. Adored by tenant, soldier and wife, there was nothing he couldn’t do. Except father a son. Maybe if I’d had a brother, my father would’ve been content to leave what he’d earned for his son to further advance our family. Maybe he would not have needed royal authority for himself.

He joined Richard Plantagenet in open rebellion against God’s anointed king and, when Plantagenet fell in battle, rallied his sons to drive out King Henry and crown Plantagenet’s son Edward. All men called my father “the Kingmaker” and expected him to rule the impetuous young man who was now God’s anointed. But Edward could not even rule his own desires.

When my father was at the French court trying to get Edward a royal bride, Edward shamed him by marrying an English country girl, then tried to seduce my sister Isabel. To bring Edward down, my father married her to Edward’s hostile brother. When the King’s vengeance threatened, they fled with my pregnant sister. She almost died giving birth aboard a ship in Calais’ harbor while my father negotiated. My father’s first grandchild did not even make it to French soil.

When Isabel’s husband proved insufficient, my father married me to the son of our great enemy. In my fourteen years, there’d been scarcely a day that hadn’t included the threat of the woman was now my mother-in-law. My father left me in France with my new family like a hostage in an enemy camp. We were to meet in Southern England to take the throne for my new husband. My father went ahead to set the foundation of the uprising. My husband, his troops, his mother and I sailed from France. My mother sailed from our home in the North. We tried not to think of my sister, whose husband had changed allegiance back to Edward. Our pity was wasted on her.

My mother landed before me and found my father dead in battle. She did not wait for me, nor write to my sister. She claimed sanctuary in a nearby abbey and disappeared. When he landed, my husband attacked Edward and died alongside many of his men. Edward was secure in his throne and my sister and I were alone in the world. I married Edward’s loyal brother Richard because he seemed kind. He was good at seeming. I did not believe he killed his nephews for their crown until I heard it from his own lips.

I wish I could offer some lesson from my story. In my final illness, I repeated it like a rosary, trying to find the place my foot faltered or where the road turned or when I could’ve found my way back to the familial path. Each step between my cradle and my tomb seemed inevitable, the road smooth and unalterable. I can see only how the depth of my despair was carved by my hope of love.

Would my family have given me less pain if I saw them in the light of their own actions instead of my desire? My father held the power of life and death over his daughters, but maybe if I’d learned from Isabel’s marriage how willing he was to use it, I would have been prepared for my own. I longed for my mother when I was told of my father’s death, but a lifetime with her should have told me she would protect herself. Or maybe, if I had truly seen the ruthlessness of my father, I would’ve recognized it in the man who became Richard III by murdering his brother’s sons. Maybe I would have seen it before I agreed to marry him.

This may be the only counsel I can offer you. Grieve for the parents you wish you had, but clear your eyes to see the parents you do. You cannot change the worst in them, but you must learn to recognize it, lest you invite it into your life in the guise of another.

Born June 11, 1456 at Warwick Castle to Anne de Beauchamp and Richard Neville, known to history as Warwick the Kingmaker. Died March 16, 1485 at Westminister, probably of tuberculous, but many believed she was poisoned by her husband, King Richard III. After the death of her father and first husband, Anne was kept a virtual prisoner by her sister’s husband, who wanted to claim the entirety of Warwick’s lands. Richard, Duke of Gloucester, spirited her away and married her around 1472, after which she apparently spent most of her time at her childhood home of Middleham, where her son was born. When Edward IV died in 1483, Richard took possession of his nephews, had them declared illegitimate by law and had himself crowned king.

Philippa Gregory’s “Cousins War Series” covers Anne’s life from the perspective of the women around her: