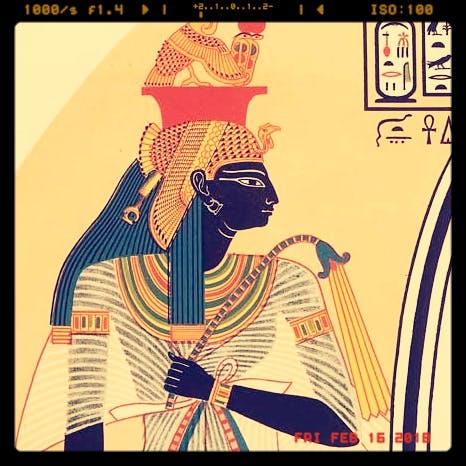 I’m in love with my best friend’s fiancé, what do I do?

Passion is a wild and untamable force, like the shifting Nile or the crocodiles that dwell within its depths. When you are in its grasp, you feel helpless. More helpless, I believe, than you truly are. It is not fatal as the crocodile or devastating as the flood. It cannot be reasoned with, but neither must you bow to it.

No one in the Upper or Lower Kingdom married for love. Some married for power. Most married for duty. We knew that from duty could grow a love that was capable of conquering even death. Every year at Abydos, my husband and I watched priests reenact the desperate quest of Isis, who brought Osiris back from the jaws of death through the ascendance of their son.

I did not love my husband when I married him, but together we reclaimed Egypt from the invaders. We spent a lifetime building our family and rebuilding our country. When he died, he left a unified land along the Nile strewn with temples and a heartbroken widow. I knew the days of the pyramids were ending, but I created in Abydos a final monument to the man-turned-God who had given so much to our home before being called to the shadowed lands.

I mourned him with the strength of my spirit, then turned to the task of building our son to become even greater than his father. I could not bring my husband’s spirit back to the light of the sun, but I could ensure it lived through the reign of his son. The Lord of the West let me see my grandson into the Hedjet crown before He sent me flying unto Heaven. My people built a temple to me and prayed to my name long after my legacies were forgotten.

I spent my life in duty and received adoration in return. You are unhappy because you ignore duty, both your own duty to your friend and the fiancé’s duty to his intended. There is no happiness to be found here for you. If this man were to leave your friend, you would hurt someone you care for. Moreover, you would never feel safe in his promises.

You are following the name of love like an oasis on the horizon. The image of this man will lead you alone under the burning sun with only sand to drink. Force yourself to break free of this illusion, whether by absence or by cold reasoning. You deserve to find a partner who is free to conquer the world with you. Go find him. Do not accept this insubstantial yearning in his place.

Ahmose Nefertari was born in the waning days of the seventeenth dynasty, likely sometime around 1562 BCE. She died early in the reign of her son’s successor (possibly her grandson) around 1495 BCE in her 70s and her mortuary temple became a site of worship. She is believed to have assisted her husband Ahmose I in his campaign to drive the Hyskos invaders from Egypt and establish a new Dynasty. When Ahmose I died, she was likely regent for her young son Amenhotep I for several years and continued to exert influence throughout his reign. As the first queen to hold the position of God’s Wife of Amun, which came with its own spiritual and financial power base, she occupies an important place in Egyptian history.

Office of Badassery Note: As with much of ancient Egyptian history, there are far more theories than facts regarding Ahmose Nefertari, including her parentage.